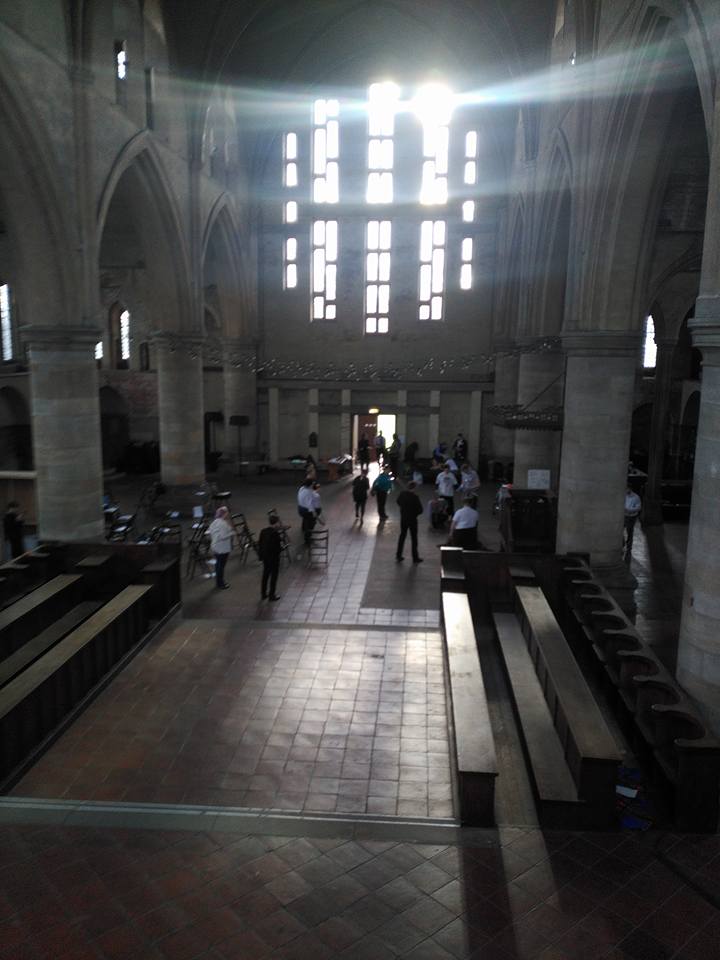 It’s been a few weeks since I ran my one off game New Pathways in Lycanthropy. A brief summary of the game: It was a modern day alternative universe in which Lycanthropes were a new but known phenomenon in our world. The event focused on training for people who work with lycanthropes and then unfolded as a crises situation arose and lycanthropes began to Change. To quote one of my crew “It all got a bit dark.”.

I started writing NPIL around the same time as I started working on Access:LARP and so my knowledge of running a LARP grew at the same time. No game is ever perfect and there are always going to be things we reflect on afterward that maybe we could have done better of differently, especially in the case of a one-off game were there isn’t any chance of fixing it for next time.  Here, I’m going to be reflecting on those mistakes I made or things I’d change specifically relating to accessibility.

One of the “tenets” of Access:LARP is that you have to start at the beginning. Think about accessibility from the very beginning of your project so that things are integrated easily and you aren’t trying to retrofit accommodations. To put it bluntly, I didn’t do that. I fell in to a classic trap of not only having an idea for the game but being very keen on a particular venue that I wanted to plough ahead with.

Key to my game was it being in a city centre location and having some outdoor space and I wanted to run in Leeds. I had a venue in mind for this, the Left Bank Centre in Leeds. I had originally planned to make the game run overnight, but when it became clear that I couldn’t use the venue over night and the only hostel that met my other requirements was not accessible for wheelchair users or others with impaired mobility, I made the decision to run a one day game instead.

That helped with accessibility somewhat, but I was still left with a venue without level access and with small toilets. Not terrible, but not ideal either. I would have been able to find work arounds for either of these options (a ramp was available for the entrance for instance) but it’s better to have things in place first rather than have to try and find solutions later.

The lesson here is a reminder to weigh up what you actually need from a venue or an event and what is merely desirable. This may of been the most suitable venue in Leeds: it offered privacy, it was central, it had character and space, it was within budget. But could I have compromised and looked in a different city? Did it have to be in an urban area? On retrospect I think I made the right call with what was available but I still think a lot of that was down to luck. I need to be more aware on my next venture.

Another “right from the start” thing I think I missed was the booking forms. I was pretty pleased with the booking forms and character creation forms. Online forms integrated in to the website. Nice and simple. They were fairly user friendly and the whole character creation process was simple enough not to make the forms too intimidating. However, being completely online and site integrated meant that people a) weren’t able to download or save a work in progress so had to do the whole thing there and then , and b) meant that six months later, you had forgotten half of what you’d written.

A minor annoyance for most players, but for a player with cognitive difficulties or with anxiety over form filling a bit of an issue. My players handled it well and I was able to deal with thing via email (emailing several people with copies of their character sheet in the weeks leading up to the event) so it wasn’t a disaster, merely something to be aware of for the future. Personally I like having the integrated online booking and character creation but I do think there also needs to be a way for players to save the content offline.

One area I am reasonably pleased with was the written documents. This was a document heavy game, with a lot of paperwork for every player. Based on the needs of a few players I decided to make every single document large print. Not just the one or two or having extra copies available. Every copy. This mostly worked out. It’s a very easy thing to do, all it took was changing font sizes appropriately. As far as I am aware it mostly worked. Where it fell down was in labelling other items. There were some things that should have been labelled far more clearly including the scientific equipment and the food. One was an IC stumbling block and the other one may have resulted in somebody eating something they shouldn’t have. This happened because I didn’t prepare the labels in advance or correctly convey the information about needing to be in large print to other crew members. Such a small thing but it did cause issues. Something to be more vigilant about in future: don’t forget the small things.

The quiet room was not ideal in my opinion, I was not able to segregate it from the main play area as much as I’d have liked but from those who used it the feedback was good. I was also told that merely having the option was reassuring. I’ll definitely be using a similar set up in future.

Part of the game design had included having a “science tent” set up outside as part of government liaison. This didn’t quite work out as planned due to logistical issues, and to be honest I’m not sure it worked well from an accessibility PoV anyway. If I were to do something similar again I would need to check the dimensions and set up of the tent well in advance. As it was I had assumed the tent I borrowed would be what I needed and didn’t have the space at home to do a test run. On the day, I realised it was slightly smaller than I presumed and the steep sides and central pole (on an A-frame tent) meant that it wasn’t easy to get in to. I think I got away with it on the day, but had any of the players there needed to use wheelchairs (and this was a possibility that I knew in advance) then they may not have been able to come and go easily. The tent also had low lighting making legibility difficult. Lesson learned: make sure to double check logistics in advance and make adjustments were necessary. Due to the logistical issues as well as accessibility problems it would have been a better decision on the day to decide not to use it and find another way of delivering Science!  to the players. With so much going on during an event and having to deal with four different things at once it can be difficult to stay flexible, so making sure to have a plan B ready to go is essential.

Over all I am pretty pleased with how things went and glad with many of the choices I made. There are a few areas I would tweak and improve on if I were to run again or use similar features in future games but nothing major. This is a good result. Of course, in an ideal world the person who rights Access:LARP should be producing perfectly accessible LARPs. But this is a learning process for many of us and there are going to be occasions were mistakes happen. Being aware of those mistakes and willing to change is what will make the difference.

This work is licensed under the Creative Commons Attribution-NonCommercial-ShareAlike 4.0 International License. To view a copy of this license, visit http://creativecommons.org/licenses/by-nc-sa/4.0/.